Written by Pedro Teixeira, Director of Research at The Synthesis Institute.

The relationship between the use of psychedelics and beliefs about how the universe works are no stranger to one another. Whether we are thinking of traditional uses of psychedelic substances - such as ayahuasca ceremonies in the Amazon, or more contemporary uses, such as in a modern retreat center - topics of ontological and metaphysical significance are commonly present, and are often discussed among those involved in the psychedelic community.  These topics include whether plants have a spirit that may offer guidance, whether it is possible to connect with divine entities or with a reality that transcends the physical realm, or if there is a unifying consciousness in the cosmos.

Beliefs about these matters, typically addressed by philosophy or religious studies, can be seen as too abstract, or of mere intellectual significance, but they also carry practical and ethical importance. For example, if psychedelic experiences would be found to change people’s beliefs about, say, life after death or the existence of a God (or free will), then participants in a psychedelic experience should probably be informed that this might occur, before they partake on the journey, in order to have an opportunity to consent. This was one of the premises behind a recent study from the Imperial College of London’s Center for Psychedelic Research. Led by neuroscientist and psychologist Chris Timmermann, the article “Psychedelics Change Metaphysical Beliefs” was published in the journal Nature Scientific Reports.

The authors of the study used two different data sets, and various types of statistical analyses, to reach their conclusions. First, they analyzed pre- and post-ceremony survey data from 866 participants from retreats or other settings with ceremonial use of psychedelics (76% used psilocybin and 15% used ayahuasca). Here they were looking for changes in metaphysical beliefs (presumably associated with the psychedelic session), as well as individual variables and facets of the experience itself, as predictors of those changes.

In a second data set, and to validate the previous analysis, they used data from a trial of psilocybin for depression, investigating whether participants taking psilocybin saw changes in their metaphysical beliefs which were not observed for controls. In both analyses, investigators were also interested in exploring the association between belief change and changes in well-being.

Table: Only the descriptive phrase was seen by participants when answering. Items for Non-Physicalist Beliefs scale are marked in bold.

Generally, researchers found that, on average, participants in psychedelic ceremonies moved away from materialistic beliefs and towards beliefs such as transcendentalism, mind-body dualism and panpsychism, a tendency that was observed after 4 weeks of the experiment and that continued after 6 months. Generally, a shift from extreme beliefs (strong materialistic or dualistic) to more moderate or mixed positions was also observed.

However, participants who, before the experiment, stated that the mind, consciousness or soul are the fundamental quality of all things in the universe (panpsychism), became more convinced of their belief after the psychedelic experience. Taking both studies in consideration, researchers observed a positive relationship between non-materialistic views and more positive mental health and well-being.

Asked to summarize the key findings of the study, Dr. Chris Timmermann said, “we found that people rejected the notion of physicalism (the idea that the world is made up of material, as opposed to mental or spiritual things) after a single psychedelic experience, endorsed the notion of fate more, and also the idea that all things in the universe are conscious, what we call panpsychism. Importantly, we found that these changes were related to improvements in mental health.”

Looking at possible mechanisms responsible for the changes in individual beliefs, the researchers found that the greater the emotional synchrony participants felt during the psychedelic experience, the greater the likelihood of a shift towards less materialistic beliefs. Among factors influencing emotional synchrony and its association with belief change, the authors identified peer-conformity, trait absorption (proclivity to achieve states of immersion or ‘flow’), and the group's level of emotional alignment (or fusion) during the psychedelic experience as the most significant. Moreover, being female and having a younger age were also predictive of the level of belief change.

However, the authors also stressed that the results of this study are not necessarily positive. On the one hand, non-materialistic beliefs have been associated with negative coping strategies such as avoidance or escapism (e.g., “spiritual bypassing”). Additionally, psychedelics and individual susceptibility to social influence can evoke notions of mind-control and brainwashing.

The authors finish the study’s discussion stating that “Findings are consistent with the inference that psychedelic-use inclines individuals away from hard physicalist beliefs (…) thus highlighting the potential of psychedelics to alter some of the most deep-seated and influential human beliefs.’

With these insights, one thing is for certain: These results have profound scientific, societal, political and philosophical implications, and therefore demand further investigation. 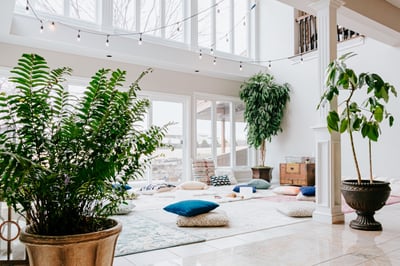 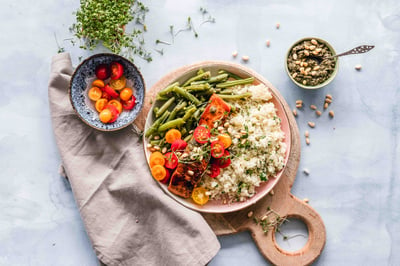 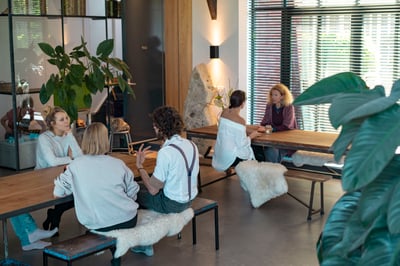