“Any man could, if he were so inclined, be the sculptor of his own brain.” — Santiago Ramón y Cajal, Nobel prize-winning Spanish Neuroscientist 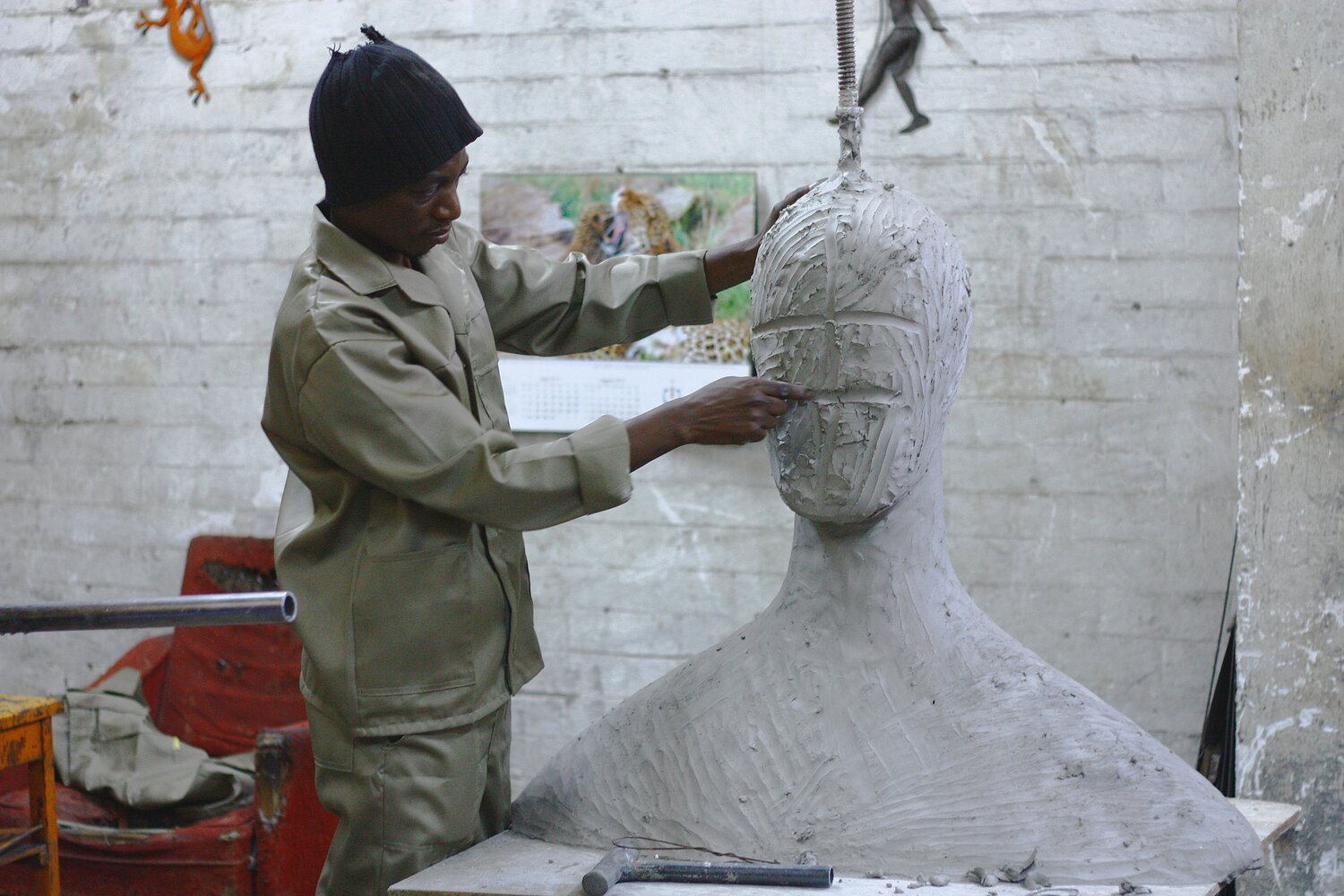 The human mind has an incredible capacity for adaptation and evolution. The new skills we can learn, the memories we can hold on to and let go, the trauma we can process and heal from… Sometimes it seems as if there’s no limit to our cognitive potential.

Research into psychedelics is confirming what we already thought was true; the psychedelic experience can catalyze profound personal transformation.

We can see signs of this transformation in the brain – the resetting of the Default Mode Network, and the growth of new neurons, are two examples.

Another scientific area that’s linked to transformative experiences is neuroplasticity. Interestingly, there’s some evidence that psychedelics could help to boost neuroplasticity in our brains, potentially helping us adapt and make positive changes in our lives.

Neuroplasticity is the ability of neurons (brain cells) to change their characteristics during your life. This can be affected by inputs from your emotions, behaviors, experiences and even thoughts.

Neurons work by making connections with other neurons by transmitting an electrical or chemical signal. The location and strength of these connections can be linked to our cognition – the way we think. For example, in people suffering from depression or stress-related conditions, often they will have fewer connections, or fewer overall neurons, in specific parts of the brain. 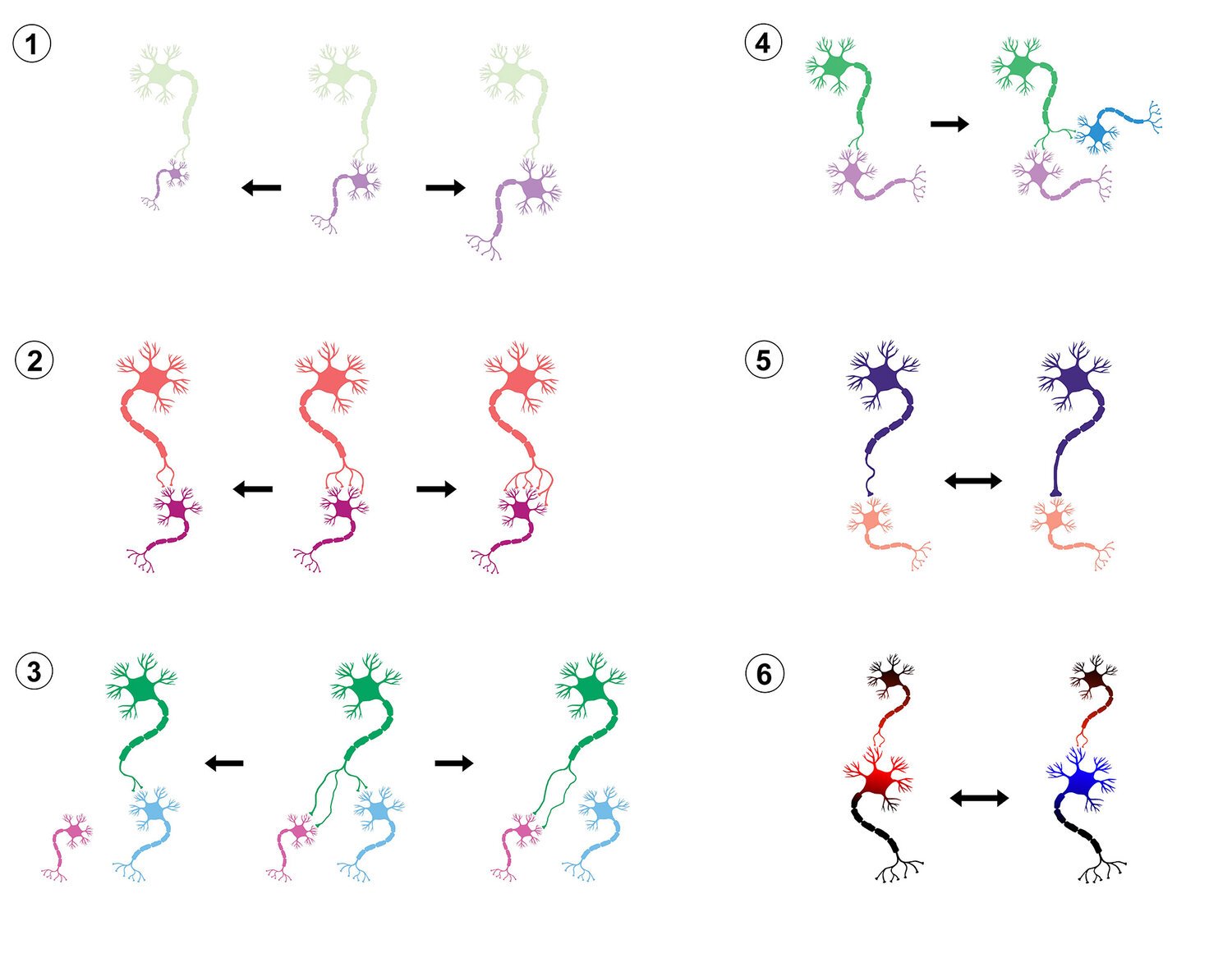 Neuroplasticity is a highly controlled process in the brain. In fact, most of the changes your neurons will go through have already happened by the time you’re an adult. Throughout your life, your brain cells are mostly fixed, and most won’t be replaced if they die. They also tend not to make any drastic changes in the ways they connect to each other (although it does happen, as you’re about to find out!).

We’re starting to discover more and more about parts of the adult brain that have the ability to stay highly flexible. Scientists believe that this could be highly related to learning and memory."

What Could a Boost in Neuroplasticity Do for You?

Even though you won’t be able to totally rewire your whole brain as an adult, you can still boost your neuroplasticity in several ways; and the science has shown this could have significant benefits.

We know that neuroplasticity, and especially the strength of connections between neurons in specific parts of the brain, is really important for memory – in rodents. It’s been harder to prove the connection in humans, but scientists think something similar is probably happening (for a review, see Mansvelder et al, 2019).

Neuroplasticity in the hippocampus has been a focus of a lot of animal research in recent years, and it’s thought that this area of the brain could be one of the most plastic areas in adult humans. The hippocampus is understood to be an important part of learning, emotion and memory in the brain. Changes in the way neurons are connected to each other in the hippocampus has been linked to learning and memory tasks in both rodents (Cameron & Glover 2015) and humans (Keller & Just, 2016).

It seems the more our brains are capable of changing their structure, especially in certain areas associated with learning and memory, the greater our capacity for learning new behaviors. It’s possible that increasing your neuroplasticity could help you break out of old habits, and form new, healthier patterns of behavior.

Diagram of synaptic plasticity improvements in the neural network

There’s also evidence that neuroplasticity could help treat depressive symptoms, or anxiety. People suffering from depression often have fewer cells in their hippocampus, alongside many other signs of reduced neuroplasticity (for a review, see Duman et al, 2016).

How Can You Boost Your Neuroplasticity?

Science is showing there are a number of lifestyle changes you can make to boost your neuroplasticity, and they probably won’t surprise you...

Exercising, especially in mid-to-late adulthood, has been shown to boost the levels of BDNF (brain-derived neurotrophic factor) in the brain, which is known to be involved in neuroplasticity (Erickson et al, 2012). This study also found that exercise could improve memory function, possibly related to an increase in neuroplasticity in the hippocampus. 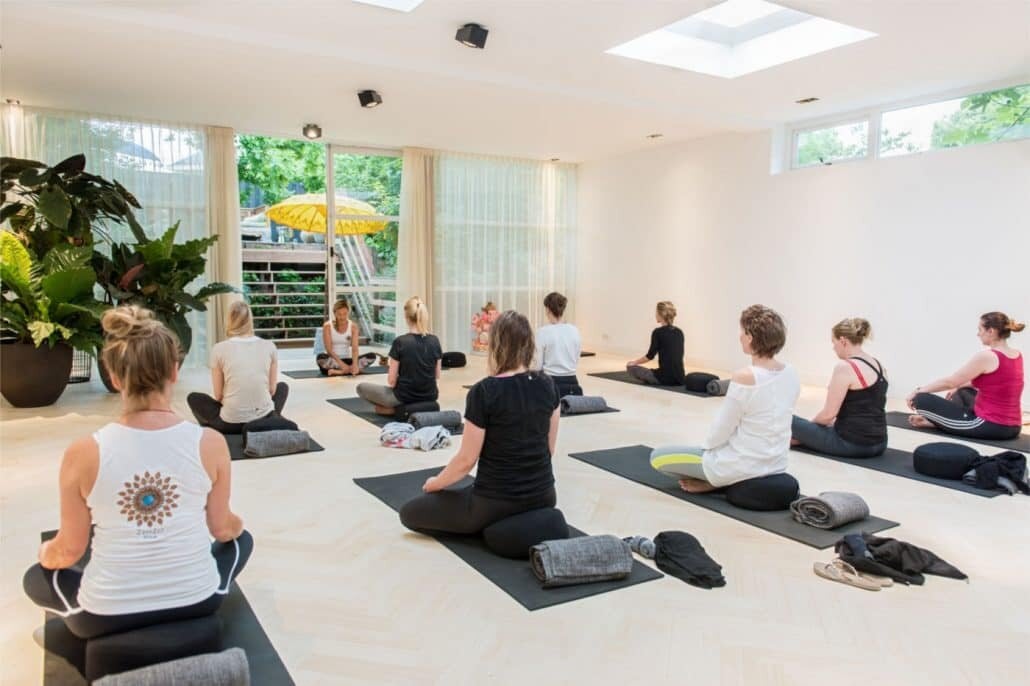 Yoga session in The Lighthouse at a Synthesis Retreat

Meditation has been shown to have a large number of physical and emotional benefits, and now scientists are starting to think it might also be connected to neuroplasticity. Experienced meditators have been shown to have more neurons in certain parts of their brains, potentially related to better regulation of emotions (Vestergaard-Poulsen et al, 2009). This increase in the number of neurons can happen even after a few weeks of meditation practice, and occurs in important brain areas such as the hippocampus (Hölzel et al, 2011).

Aside from diet, meditation, and exercise, there’s another way you can potentially boost your neuroplasticity… And all it could take is a guided psychedelic experience.

There is a growing body of evidence that psychedelics have the capacity to boost neuroplasticity in the human brain.

One study, led by Calvin Ly at the University of California in 2018, showed that the psychedelics LSD and DMT could help rat neurons grow more branching connections; an important form of neuroplasticity.

In another study on fear conditioning, led by Briony Catlow at Johns Hopkins University in 2013, low doses of psilocybin (0.1mg/kg) slightly increased the number of new cells growing in the hippocampus of mice, while high doses (1mg/kg) greatly reduced neurogenesis in response to fear conditioning stimulus.

Another recent study, led by Jose Morales-Garcia in Madrid in 2017, grew mouse brain cells in the lab. When the cells were grown with harmine, tetrahydroharmine (THH), and harmaline (three of the major components of the psychedelic brew ayahuasca), the cells grew bigger, and looked like healthier neurons.

Psychedelics change the Organization of the Brain

Finally, there is ample evidence that psychedelics can change the way the neurons of the brain make connections to each other.

Psilocybin has been shown to increase the amount of entropy in the brain (Tagliazucchi et al, 2014). In other words, psilocybin allows neurons to work through connections that it normally doesn’t use. The brain becomes more flexible, and more unique. We make associations we normally wouldn’t make, becoming more creative. We discover completely new ways of thinking about the world and ourselves.

Image from Petri et al, 2014, showing the additional connections made between distinct areas of the brain on psilocybin.

Psilocybin has also been shown to have the power to “reset” the typical control structures of our brains. The DMN, or Default Mode Network, is implicated in different mental processes such as awareness of ourselves and our place in the world, social thinking and cognitive empathy, and thinking about the past and planning the future. It’s often overactive among people suffering from mental illnesses like depression and anxiety. Psilocybin has been shown to shut down the DMN, and “reset” it into a more healthy configuration (Carhart-Harris et al, 2017).

Ultimately, psychedelics like psilocybin clearly have wide-ranging and profound effects on the way our neurons communicate and grow.

Want to Transform Your Neuroplasticity?

This all adds up to one clear message: Neuroplasticity can improve your mind in several ways, and the psychedelic experience can boost your neuroplasticity.

The Synthesis retreat is designed to maximize the beneficial effects of the psychedelic experience, by providing an environment where you can explore your potential for change.

Our team of expert facilitators and coaches will guide you through a personal journey of transformation – harnessing the neuroplastic power of psychedelics to help you break free from old habits and thought patterns, and start your new phase of self-growth.