From oceans and beaches to forests and mountains, being in nature can make you feel better. Do you feel an instinct to spend more time in nature? Would you like to be more connected to the natural world?

Psychedelic experiences have been shown to renew our ability to see ourselves as part of a global ecosystem. Could a guided psychedelic ceremony help you rediscover your relationship with the natural world? 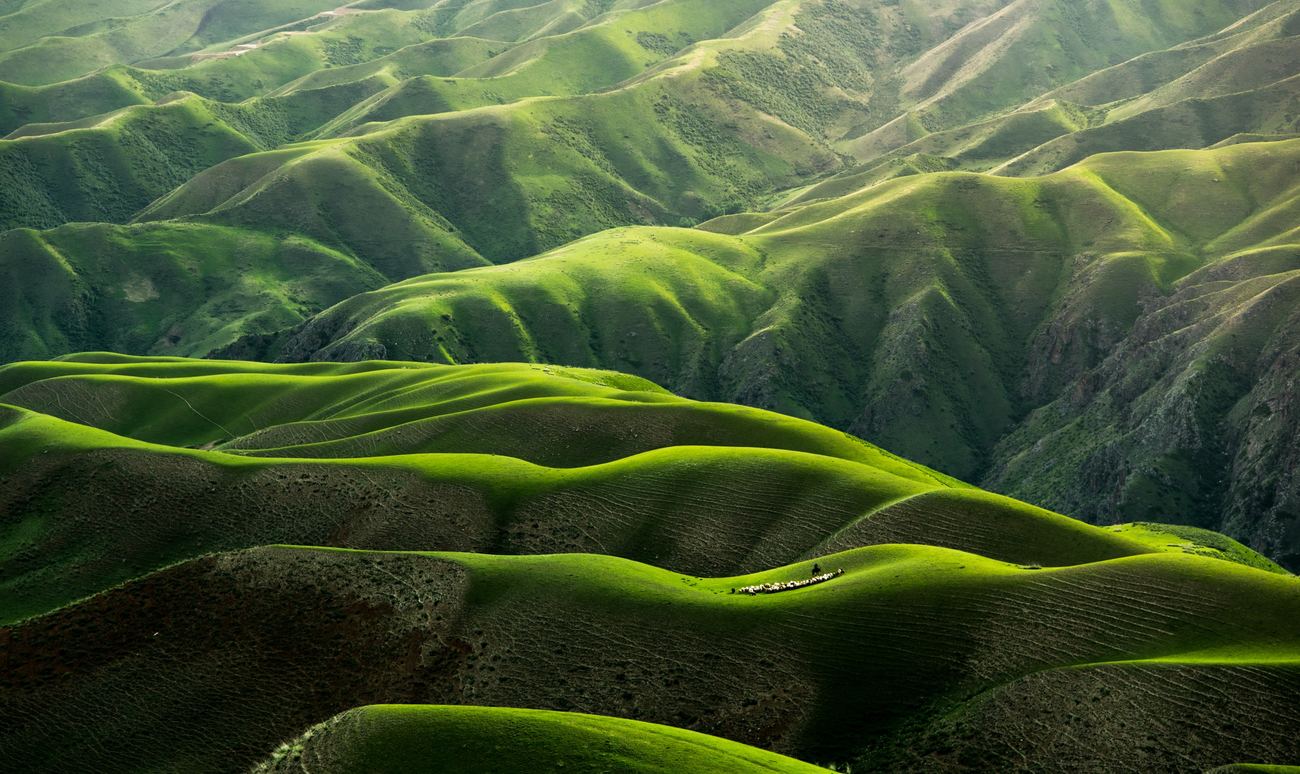 Our relationship with nature

Many indigenous cultures adhere to a philosophy known as animism; basically, the lived perception that everything has a spirit, that all phenomena are an active participant in consciousness, and the world around us speaks to us. Animist societies understand that humans are part of a natural ecosystem – we rely on other living things to sustain us, and we have an impact on our environment, together an integrated whole.

Most of Western society has developed a different philosophy. In his book Ishmael, Daniel Quinn describes it as the idea that humanity is inherently doomed to be disconnected from nature. This uniquely Western worldview implies that humans are superior to natural laws and that we care less about the consequences of our exploitation of the world.

The world may be in its current state of climate and ecological crisis because we’ve developed an unhealthy disconnection from nature. If we see ourselves as distinct and separate from nature, it’s less likely that we will strive to protect it, or care about the consequences of our actions. We also know that being disconnected from nature is less healthy for us as individuals. 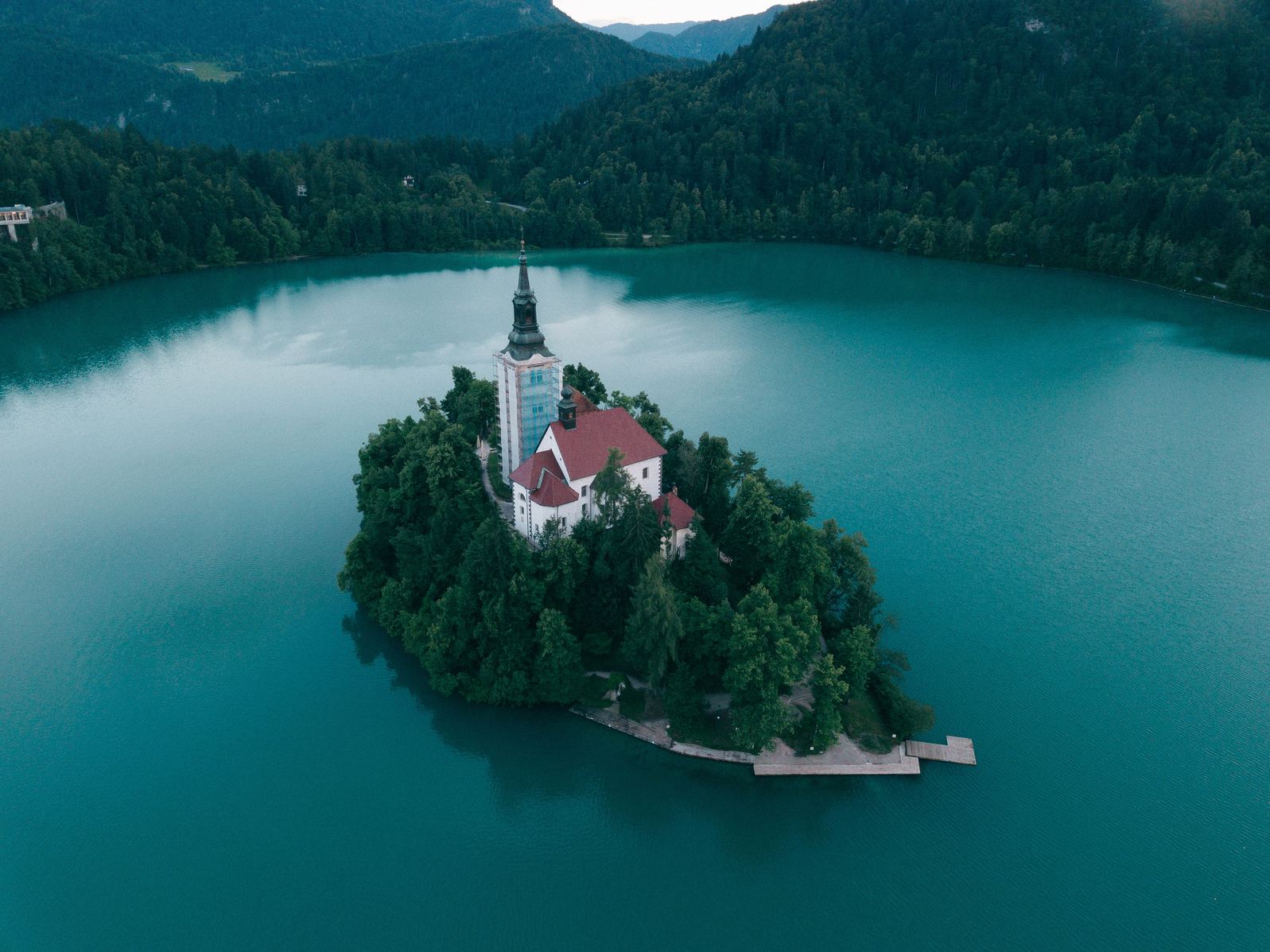 The benefits of being in nature

Studies show that spending time in nature can benefit our mental and physical health – short daily walks in the great outdoors have been shown to reduce markers of inflammation and stress in our bodies (Park et al, 2010), while spending less time in green spaces is a risk factor for depression (Pearson & Craig, 2014).

Therapists and social workers are even starting to prescribe nature activities to people struggling with mental health conditions or social isolation. An approach called social prescribing has been pioneered for the UK’s NHS, and has shown remarkable positive returns in both patient wellbeing and healthcare costs. Although evidence is still preliminary, social prescribing could reduce strain on health services by around 28%, and reduce costs to relevant social services by up to 50% (Polley et al, 2017).

Being connected to nature can also improve mindfulness practice. Mindfulness has been suggested by many healthcare authorities as a way to prevent depression and reduce anxiety. Research suggests that mindfulness and nature connection are deeply related – meaning that it may be easier to develop a mindfulness practice if you also work on your relationship to nature (Howell et al, 2011). 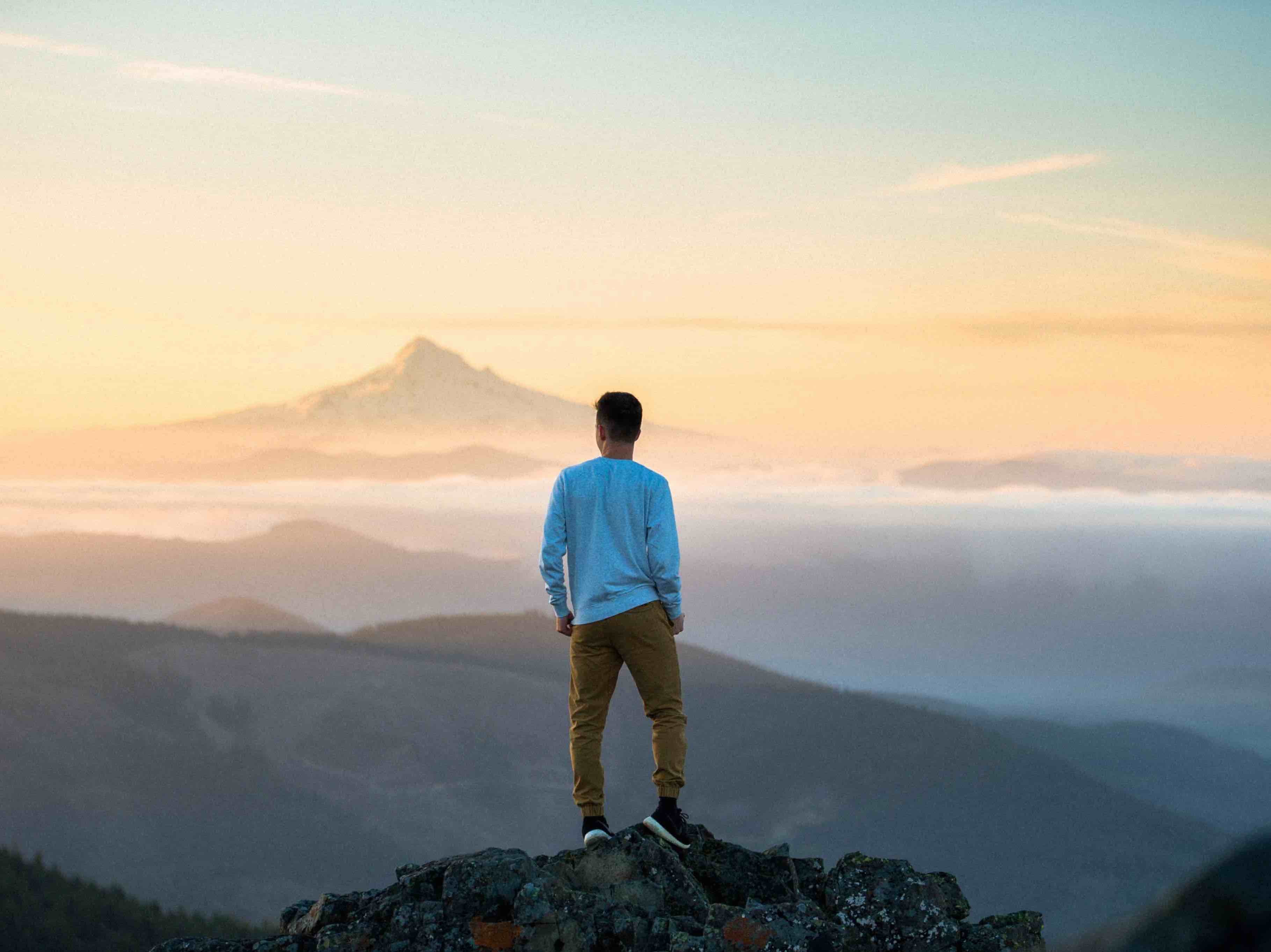 How to build a healthy connection to nature

What can we do to ensure we have a positive relationship to nature?

First, reflect on where you feel you currently sit in the natural world. Simply spending more time in nature, or even joining a local regeneration project, could help you witness the positive relationship that humans can have with the land.

Finding a spot in nature that’s personal to you, where you can journal or contemplate, is also beneficial. As research has shown, even short walks in nature can be profoundly healing; so try to set aside regular time (especially if you’re in a concrete jungle) to be surrounded by the natural world.

Finally, taking a guided journey with a psychedelic compound could help to give you a direct glimpse of the important role that humans have in nature. Psychedelic substances, including the natural psychedelic of truffles containing psilocybin used at the Synthesis retreat, have been shown to increase our sense of connection to nature. 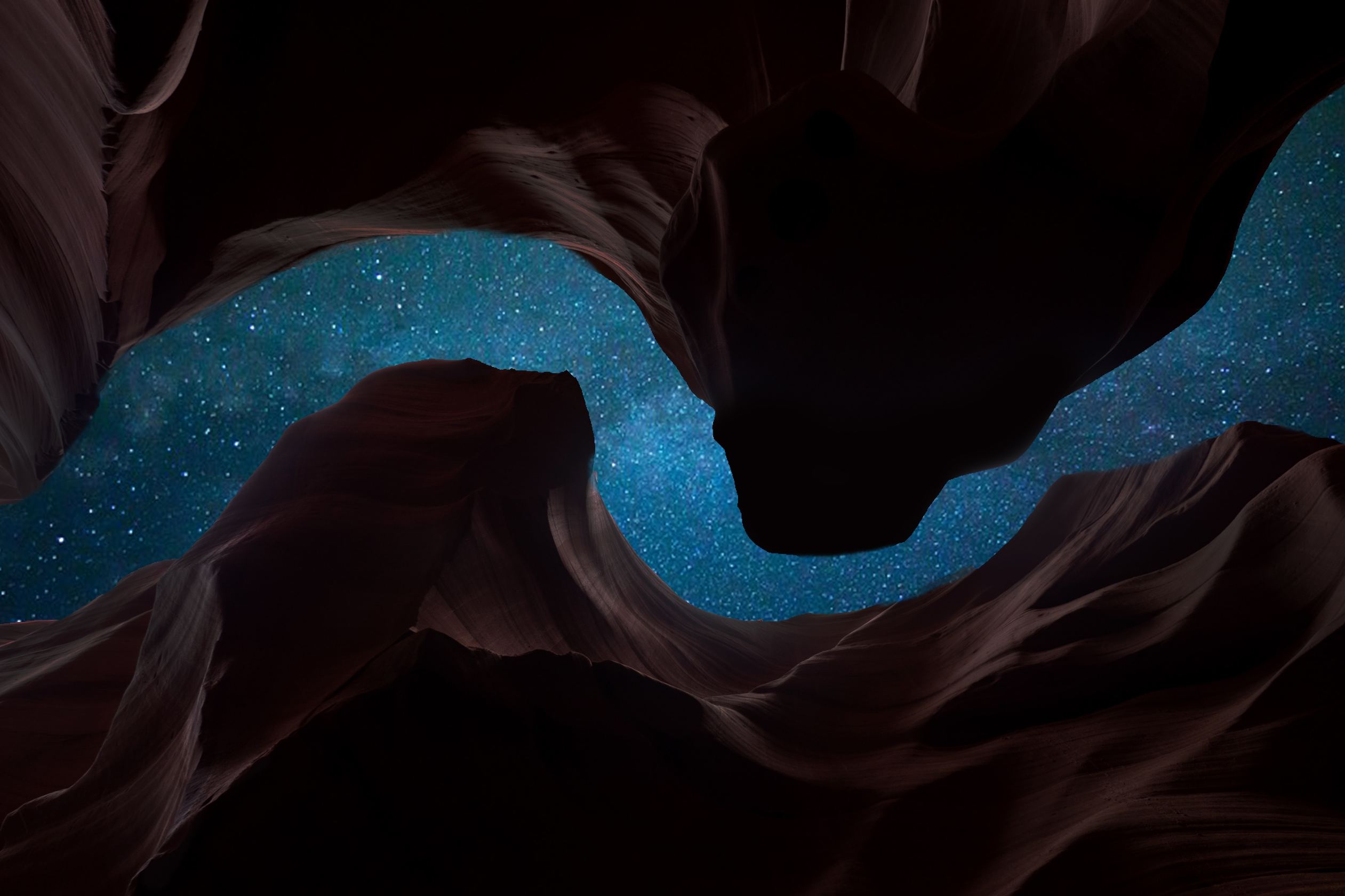 How can psychedelics connect us to nature?

Psychedelics have been shown to boost the connection we have with nature, in a number of separate research studies.

One large online study of nearly 1,500 people showed that people with more psychedelic experience in their lifetimes are also more likely to feel connected to nature. The study controlled for variables like political beliefs, suggesting that it could be the psychedelic experience itself that was making people feel a boost in nature connection (Forstmann & Sagioglou, 2017).

A prospective online survey gathered data from 654 people (including data from Synthesis) both before and after a planned psychedelic experience. They found that the psychedelic experience increased scores of nature connection by 2.5% on average after two weeks, and that this increase could rise to nearly 10% two years following the experience. The people who had increases in nature connection were also very likely to see improvements in their general psychological well-being (Kettner et al, 2019).

Our own research at the Synthesis retreat has shown that our specially guided psychedelic experience increases nature relatedness for our Synthesis participants. Scores on the Nature Relatedness Scale increase by nearly 8% after the retreat, on average.

We also know that the Synthesis retreat increases general scores of connection, using a questionnaire called the “Connectedness Scale.” Our guests experienced a 130% increase of their connectedness score (from 32/100 to 74/100), which was sustained for at least four weeks after the retreat. This connectedness score takes into account a sense of connection to the self, to others, and to the wider world. 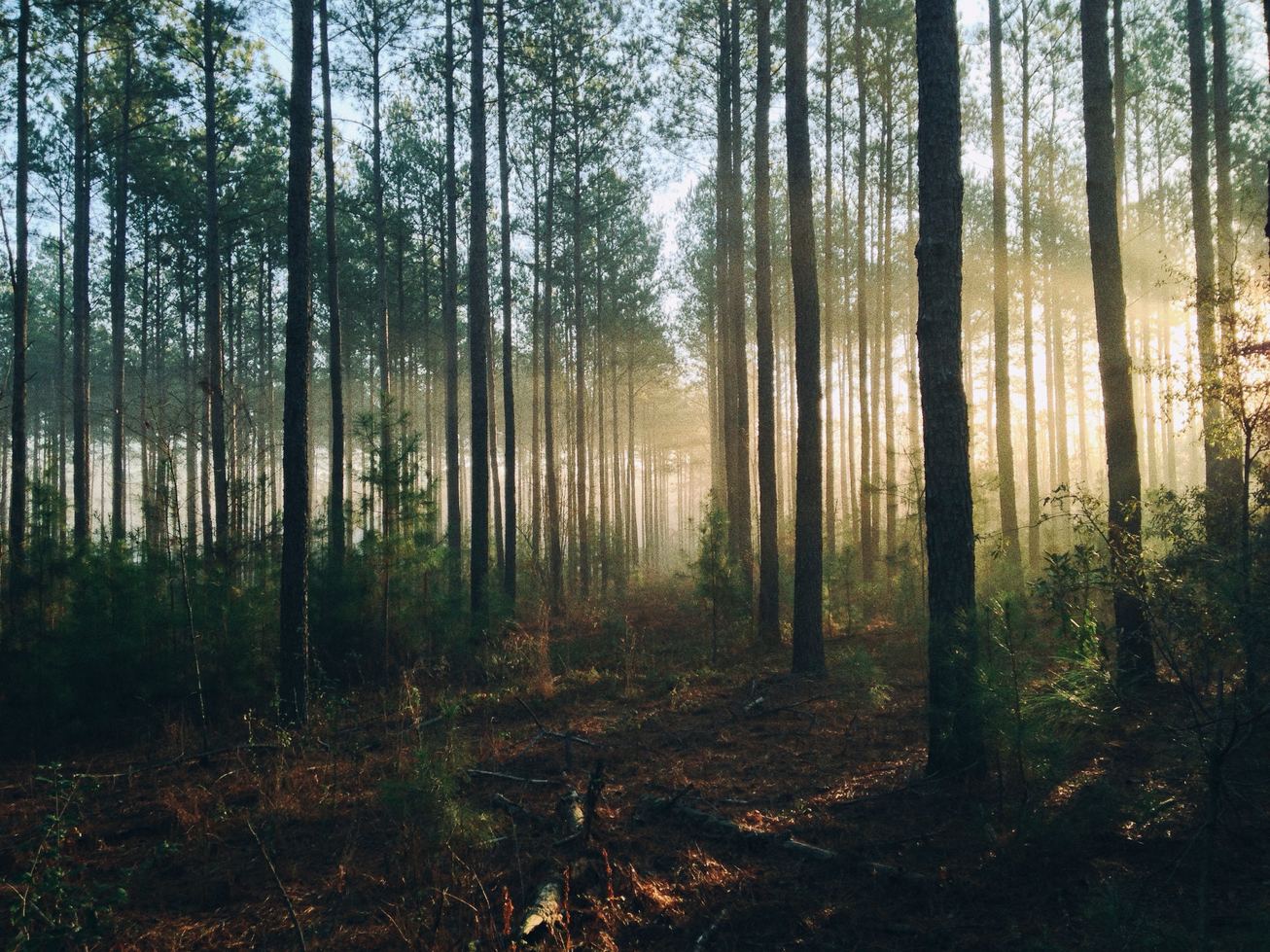 Nature and the mystical experience

The experience that psychedelics can produce can also bring us in touch with something beyond our normal understanding. Sometimes called a “mystical experience,” it can provide people with vast realizations about the meaning of reality, or with a strong sense of purpose (Barrett et al, 2015).

This is related to nature because mystical experiences often involve the dissolution of separation between self and the world. This can come with a profound realization of the place we have in the natural world. People who experience this dissolution of the self are more likely to feel in touch with nature after a psychedelic trip (Kettner et al, 2019).

The Synthesis experience is rated as highly mystical, and nearly half our guests have a “complete mystical experience” as measured by the Mystical Experiences Questionnaire. Breaking down the individual components of the mystical experience, 69% of participants had a sense of encountering ultimate knowledge, 65% felt the experience was beyond description, and 76% experienced feelings of joy, peace, or ecstasy.

Could Psychedelics Play a Role in Combating Global Warming?

Psychedelic trips have great potential to reveal the interconnectedness of life, and heighten your feeling of responsibility towards nature and the world. When you accept the instincts that link you to other people and to nature, you can become aware of your oneness with, and perhaps your desire to protect the natural world.

We turn to Stanislav Grof, the Czech psychiatrist, a founder of transpersonal psychology and a researcher into consciousness for purposes of exploring, healing, and insights into the human psyche. He asserts that, “A radical inner transformation and rise to a new level of consciousness might be the only real hope we have in the current global crisis.”

In the world today, the transformation of consciousness in society might well be our best hope for real change in the natural world.

Is a Synthesis retreat for you?

The carefully crafted psychedelic experience at the Synthesis retreat may be ideal for people struggling to find a connection to nature.

Our research (in collaboration with Imperial College London) has shown that the Synthesis experience can increase people’s sense of connection to nature, and even to the mystical unknown.

The environment at Synthesis is designed to be as safe and comfortable as possible – with dedicated guides and facilitators, and medical oversight during the ceremony. The retreat location is in a close relationship with the nature around it, helping to increase the chance of the experience fostering your connection to nature.

If you’re looking for a dose of connection, in a beautiful and supportive environment, Synthesis might be right for you.